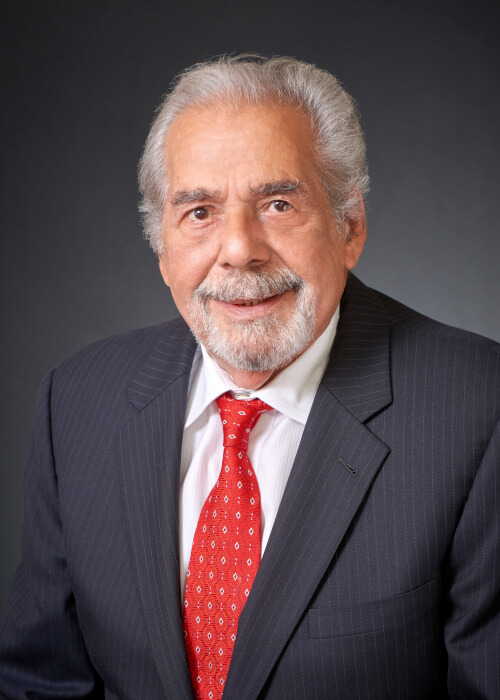 Thomas Fallis was born and raised in Queens, New York.   He enlisted in the United States Air Force in 1966 and was honorably discharged in 1969.

After his tour of duty in the military, Tom Fallis graduated  from Queens College, City University of New York, and went on to become a business owner.  During those years he and his wife Peggy welcomed their two sons, giving Tom the title of full-time Dad.  One of his many joys of fatherhood was coaching his two sons in Little League during their early childhood years.

In 1984, Tom enrolled in the University of New Hampshire Law School, and while in law school he clerked at the District Court in Concord, New Hampshire.  His role as law student in New Hampshire was enriched by his role as Dad, as he taught his sons to ride motor bikes, snow ski, and snowmobile. As a lover of Greek music, Tom learned to play the Bouzouki and guitar, as his sons learned the saxophone and guitar.

Tom graduated from law school in 1987, and was admitted to the Florida Bar in 1987.  He and his family moved to Florida where he became an Assistant Public Defender in 1987 to 1989 for the Fourth Judicial Circuit in Florida.

Living in the sunshine of Florida, he resumed his love of motorcycles, and enjoyed riding his Harley Davidson.  His hobbies also include woodworking in his shop, and has built a park swing set for his three grandchildren to enjoy.  And, he continues to pursue restoration of vintage cars.

In private practice since 1989, he has litigated in courts throughout the state of Florida including the Federal District Court for the Middle District, Southeastern District and Northern District.  Mr. Fallis has successfully tried and defended thousands of cases from misdemeanors to serious felonies, including first degree death penalty cases, as well as white collar crimes and successful litigation of federal civil rights cases. Many of Mr. Fallis’ cases have gained both local and national attention, and he has been featured on local television as well as CBS’s 48 Hours and CNN. In addition, Mr. Fallis has appeared on local television as a commentator to many high profile cases.

Because of his reputation in the legal community and among our current and former clients, Mr. Fallis has gained the respect of his peers, and he has the experience to back it up.